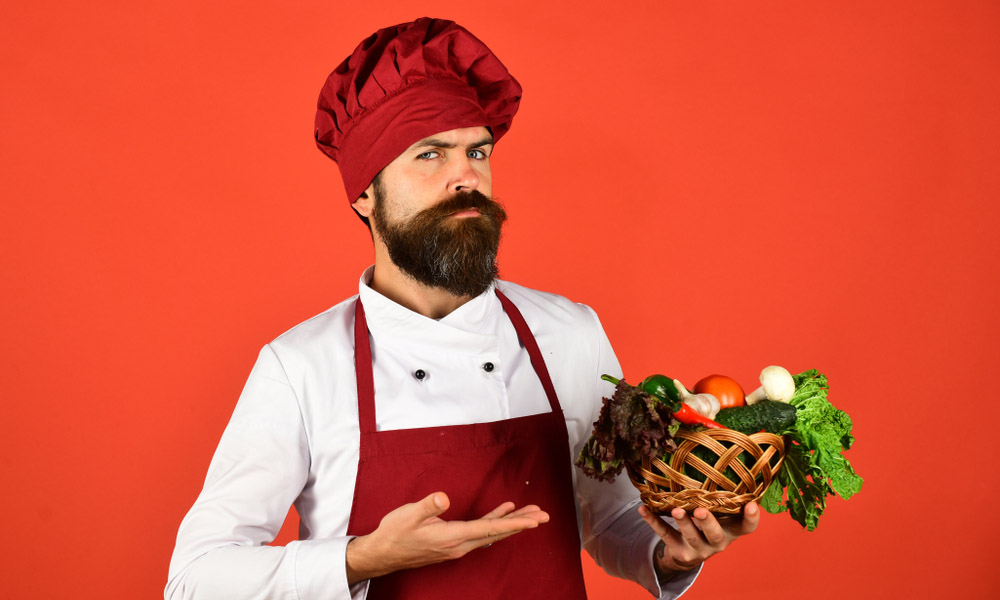 Eat more vegetables, live longer, get fitter and be happier

Vegetables are potent little suckers and you should be eating more. A lot more. Now where not suggesting you turn into some rabid, nut-job vegan who harasses diners in steak restaurants or abuses drivers. But eating more vegetables will help you hit your fitness goals and improve your general health.

If you’re still struggling to hit your five-a-day here’s the dad news: you’re dithering around at the low end of what’s acceptable. The World Health Organisation says 400g of fruit and veg a day (or five 80g servings) is the bare minimum required for health benefits, and official recommendations in other countries are higher – Australia suggests five portions of veg and two of fruit should be your target, while Japan’s 5 A DAY organisation urges its citizens to eat 350g of veg and 200g of fruit daily. And if you’re planning to top up with some multivitamins and greens powder, remember: you do need the real thing.

A 2014 meta-study found that higher veg consumption is linked to a drop in all-cause mortality, but even if you’re planning to live fast and die young (unlikely, we know), there’s more to it: more fibre will help keep you feeling full and in fat-burning mode, helping you get lean while maintaining muscle. Here’s how to keep things green and pleasant.

So apart from Vitamins, why do I need Vegetables?

All sorts of reasons. “I would honestly rather see almost anybody jack up their fruit and vegies and take their protein intake down, rather than having three shakes a day,” says Leaman. “By eating more vegies you’re upping the amount of fibre you eat, raising your alkalinity and reducing acidosis in the body.” Acidosis occurs when the kidneys and lungs can’t regulate your pH levels, sometimes causing serious health problems. “If you’re trying to cut calories you should still keep veg high. You’ll also ramp up your anti-ageing pathways.” Basically, Leaman says, if you want a healthy diet, “veg is the first thing you should add, and the last thing you should think about cutting out”.

Any other benefits to Vegetables?

You’ll eat less of the bad stuff. “One of the best reasons is food displacement,” says Leaman. “I work a lot on habits and if someone hasn’t eaten right for 30 years, they’re going to do three days of good diet and then have a pizza. Instead of changing everything, the trick is to add more of the good stuff until it pushes the bad stuff out. If your breakfast right now is eggs on toast, add some broccoli or spinach, or maybe throw in another egg. Eventually you’ll leave the toast out. Think practical instead of optimal, and keep making minor changes.”

Does it matter how I cook Vegetables?

Yes. There’s good evidence that you keep more of the fibre and antioxidant content in most green vegies when you steam rather than boil them, says Leaman. Toss your asparagus or broccoli in a saucepan with a shot glass’s worth of water for four to five minutes. For extra flavour, finish them off with a blob of butter and a sprinkle of salt. Substitute frozen vegetables if you don’t have fresh.

Do I need to buy organic Vegetables?

It might help. We’re still not sure of the benefits of organic food in general, but the evidence is starting to pile up for veg in particular. A Newcastle University, UK, study published in 2014 concluded that there are “statistically significant, meaningful” differences, with a range of antioxidants being “substantially higher” – between 19% and 69% – in organic vegetables. The study was based on an analysis of 343 peer-reviewed studies, and found lower levels of heavy metal cadmium and pesticides in organic foods – but there’s still controversy over how exactly the results link to health results. The consensus? Go organic if you can afford it – but any veg is better than none. What NOT to eat after a workout The Anti-Diet Plan: How To Not Diet and Lose Weight 5 Signs You’re Dehydrated During Your Workout