MyFitnessPal & Under Armour today announced that it is notifying users of MyFitnessPal – the company’s food and nutrition application and website – about a data security issue.

The fitness world has been hit by a massive data breach. Under Armour’s app, MyFitnessPal, has been rocked by the announcement that MyFitnessPal app has been hacked and 150 million (at a minimum) user accounts have been hacked.

An email sent to subscribers said that the breach had happened in late February. The company does not yet know who is responsible and said that, “Under Armour is working with leading data security firms to assist in its investigation, and also coordinating with law enforcement authorities.” 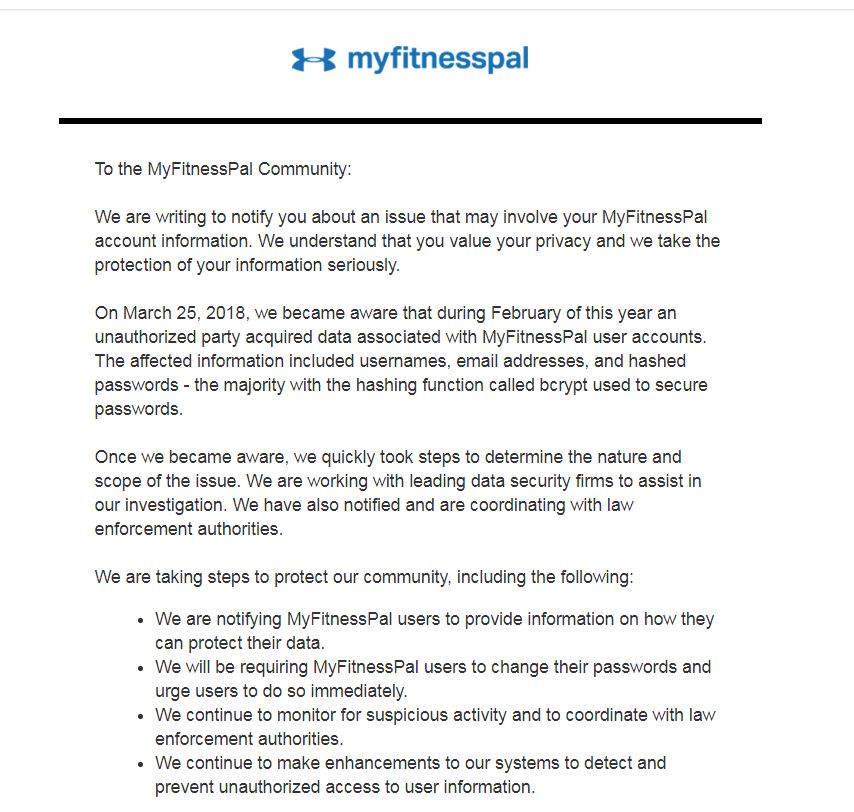 The company said that the investigation indicates that the affected information included usernames, email addresses, and passwords. Payment card data was also not affected because it is collected and processed separately. The #1 best exercise for men, according to 8 trainers The supp that makes you a better shot